(5/10) A daunting, but visually stunning, piece of bolshevik propaganda, Alexandr Dovzhenko’s 1935 film Aerograd is basically an operatic Soviet version of a John Wayne frontier film. Not much sci-fi in this vaguely futuristic tale, but a treat for lovers of poetic cinematography. 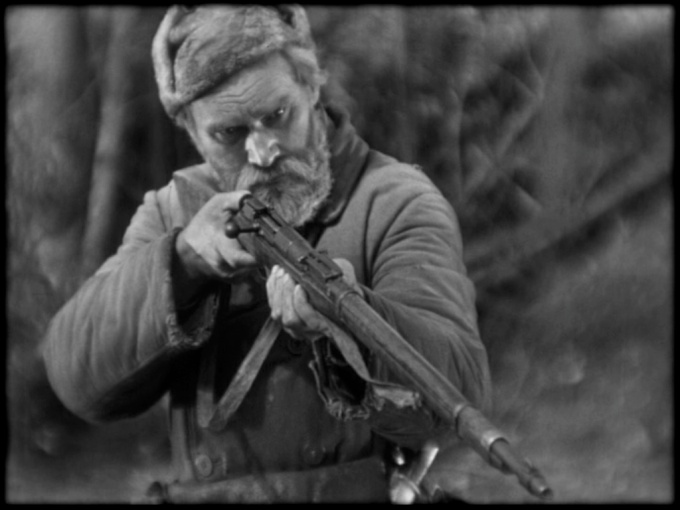 Of the many subtle sci-fi films I’ve reviewed on this blog, Aerograd is without doubt the one that’s come the closest to getting the axe. Despite the Metropolis-sounding name, anyone who is expecting a thirties version of Cloud City will be utterly disappointed to find Russian bear hunters chasing Japanese spies in the Far Eastern forests of the USSR while engaging in long monologues about the socialist creed. But still the film did make the cut, since it can very well be interpreted as a futuristic take on the frontier myth, all leading up to the construction of a new utopian city on the western shores of the Pacific Ocean. END_OF_DOCUMENT_TOKEN_TO_BE_REPLACED