(5/10) In a nutshell: Based on The Wolf Man creator Curt Siodmak’s influential novel, this is the first real sentient-brain-in-a-vat film. It’s hampered by a rather dull tax fraud subplot and the generic mad scientist storyline, which was quite passé in 1953 – even though the scientist, played by Lew Ayres, isn’t mad at all. On the plus side, the direction feels modern and grounded and the acting is primarily good. Holes in logic abound, and the ending is a cop-out. Stars future First Lady Nancy Reagan. 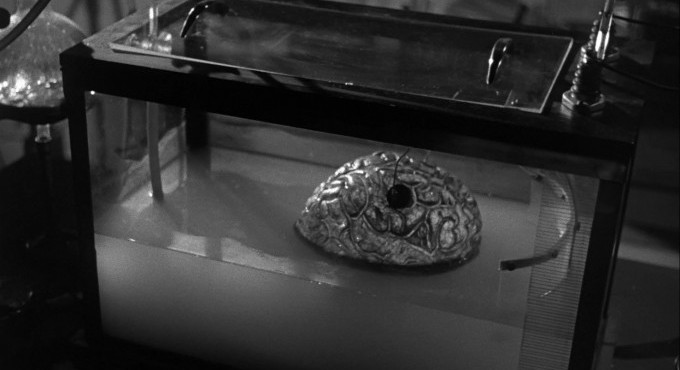 The original brain in a vat.

There are tropes in science fiction that have become so commonplace today, that they are reduced to clichés. The time machine, the UFO, the mad scientist, the lunar landing, the killer robot, the invisibility serum, and of course the disembodied brain. The ”brain in a vat” has become a staple villain of sci-fi comics, the best known are probably Krang from Teenage Mutant Ninja Turtles and The Brain in DC Comics. The disembodied brain has also turned up in a number of TV series and films, and the basic concept has been drawn upon for cyborgs like Robocop. But the one film that people keep referring to as the essential brain-in-a-vat film is the independently produced Donovan’s Brain, made in 1953, based on Curt Siodmak’s novel of the same name. END_OF_DOCUMENT_TOKEN_TO_BE_REPLACED

(5/10) In a nutshell: The first film adaptation of Kurt Siodmak’s influential novel Donovan’s Brain features, for the first time on screen, a disembodied brain asserting its influence on people around it. Well shot and directed for second-tier studio Republic in a gothic noir style, and good acting from Erich von Stroheim and Richard Arlen. Unfortunately the script doesn’t live up to its source material and the film contains ghastly wooden acting from Czechoslovakian ice-skater-turned-studio-boss’-girlfriend Eva Hruba Ralston in her first feature role. 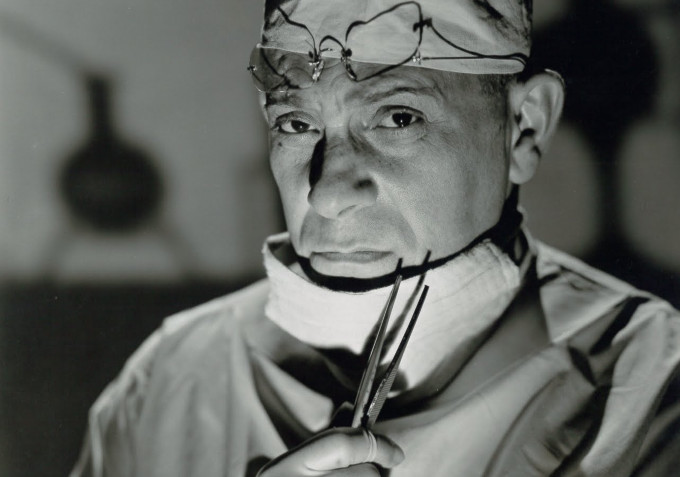 Erich von Stroheim as Dr. Mueller in the 1944 film The Lady and the Monster. 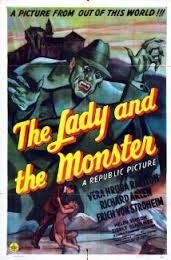 The early forties were a golden age, in a sense, for really bad B horror movies, many of them featuring German mad scientists, for obvious reasons. One of these, and not at all the worst of them, was The Lady and the Monster. Now, the title is a tad misleading since, first and foremost, the movie doesn’t primarily concern a lady, and secondly, there isn’t really a monster in it. The green one with the claws, depicted on the poster to the right, has nothing at all to do with the movie. One supposes that both the title and the poster were made up simple to lure monster movie fans to cinemas. END_OF_DOCUMENT_TOKEN_TO_BE_REPLACED