(7/10) In a nutshell: Spencer Tracy hams his way through this 1941 high-profile remake of the 1931 version of the film. Ingrid Bergman shines in the female lead and the production values are great – but what could have been something of a masterpiece is lost in translation as director Victor Fleming isn’t familiar with the genre. It is, however, a good and thoroughly enjoyable movie.

Spencer Tracy hamming away in Victor Fleming’s 1941 film. He hated the wig. So do we.

This is the fifth instalment of Dr. Jekyll and Mr. Hyde I’m reviewing, so I won’t go into the details of the basic story and the development of the film versions brought to the screen. For more on that, please see my review of the 1920 version. Suffice to say, as most people know, the film is based on the 1886 novella of the same name by Robert Louis Stevenson, and concerns a Dr. Jekyll who concocts a potion that both distrorts his appearance and his mind – bringing out the evil and the animal lust inherent in all men.  END_OF_DOCUMENT_TOKEN_TO_BE_REPLACED

(7/10) In a nutshell: By many considered as the best version of Stephenson’s classic book, this 1931 film resulted in an Oscar win for actor Fredric March. Beautifully filmed by Rouben Mamoulian and well played across the board. It also features some stunning visual tricks and strong pre-code sexual content. 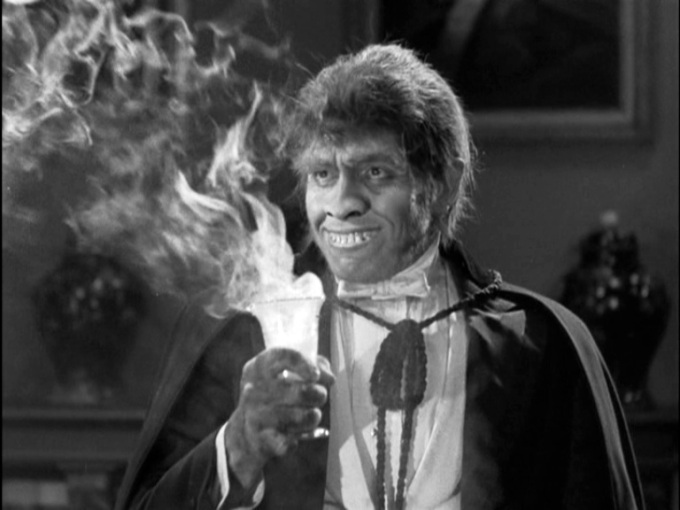 The Dr Jekyll and Mr Hyde story is one of the most enduring and classic ones in both literary and film history. Although the motives and circumstances of for splitting one character into two have changed from adaptation to adaptation, the basic premise of the story is still compelling. This 1931 version is the first sound film, and like most films, it is an adaptation of the 1897 stage play by Thomas Russell Sullivan, rather than the book by Robert Louis Stevenson.

I have already written extensively about Dr Jekyll and Mr Hyde, and for a more detailed look on the evolution of the story, please read the reviews of the different film adaptations from 1912, 1913, and most importantly, 1920. END_OF_DOCUMENT_TOKEN_TO_BE_REPLACED

(8/10) In a nutshell: In a career-defining role as Jekyll/Hyde John Barrymore lifts the quality of this 1920 silent film by two whole points, and sets the bar almost out of reach for anyone who has ever tried on the same role after him.

Production still from the film, with John Barrymore as Hyde.

In 1920 director John S. Robertson and in particular lead actor John Barrymore created what remains the most well remembered adaptation of the Dr Jekyll and Mr Hyde-story, despite numerous later versions. It is a testament to the astounding talent of Barrymore that this silent version still has such an impact on contemporary viewers that no other film, despite their superior technical and dramatic values, have been able to eclipse this one as an icon. When we think of Mr Hyde, John Barrymore’s image is the one that comes to mind, even if we have never even seen the film, nor know who John Barrymore is, very much like Boris Karloff and Frankenstein’s monster (1931, review). END_OF_DOCUMENT_TOKEN_TO_BE_REPLACED

(5/10) In a nutshell: This 1913 version of the famous story is almost half an hour in length. It has some impressive production values, but falls short because of movie megastar King Baggot’s unintentionally comic portrayal of Hyde. 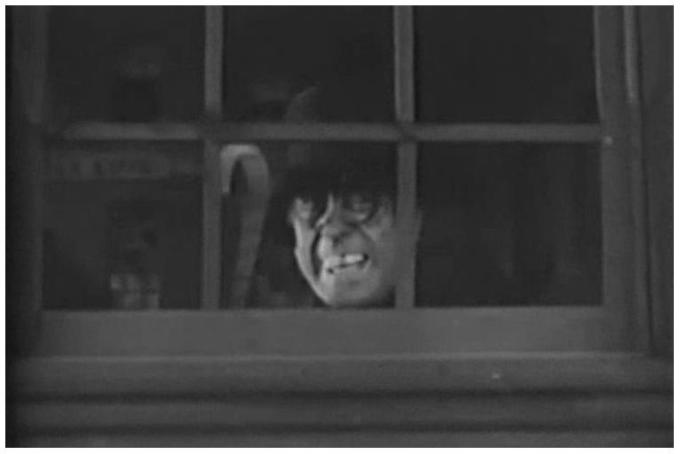 King Baggot scaring a whole tavern to death with his Jerry Lewis teeth.

1912-1915 was something of a golden age for filmatisations of Robert Louis Stevenson’s sci-fi horror novel Strange Case of Dr Jekyll and Mr Hyde. Hot off the heels of the 1912 version starring James Cruze (review) came the first 1913 version directed by one of the more prominent directors of the early silent era, Herbert Brenon. The film starred King Baggot, Hollywood’s first true leading man and international star. In many ways it is superior to its 12 minutes long predecessor (which was the 6th known version of the story), but the triple running time isn’t enough to make this film one of the greats. The biggest problem is the Hollywood star himself, who creates a bizarre portrait of Jekyll/Hyde. END_OF_DOCUMENT_TOKEN_TO_BE_REPLACED

(4/10) In a nutshell: The 1912 American film Dr Jekyll and Mr Hyde is the earliest surviving film adaptation of the novel. It’s not an especially well directed, but a decently acted and fairly entertaining version. 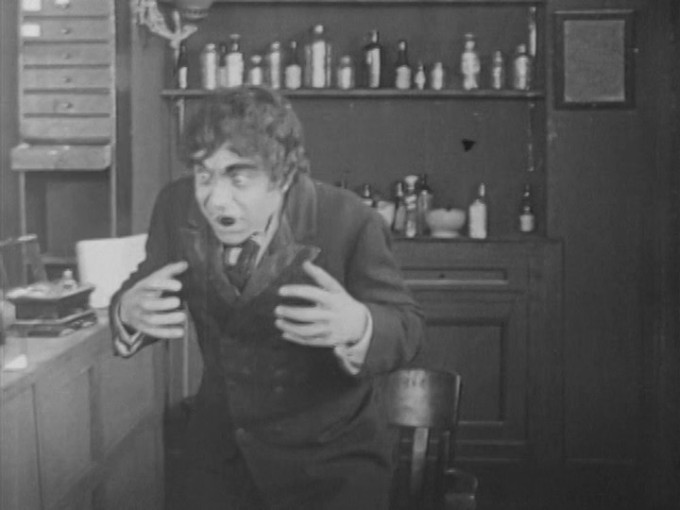 One of the most adapted books in the world is Robert Louis Stevenson’s Strange Case of Dr Jekyll and Mr Hyde – or Dr Jekyll and Mr Hyde for short, as there are over 120 known film adaptations and dozens of stage versions. There is endless debate over whether or not the book qualifies as science fiction, with the purists settling firmly on the ”not” side. Since I am taking the broad road on his blog, I fail to completely see why. It is, in any case, the story of a scientist using science (a potion) to change not his appearance, but losing his personality and morals in the act, and using science to stop his ailment when the experiment goes sour. It is both a moral tale about balancing your dark and light sides, and a cautionary tale about the progress of science, much like Mary Shelley’s Frankenstein. In my book those are the premises for science fiction.

This version, made in the US in 1912, is a short and very basic 12 minute retelling of the story. It was not the first adaptation of the film, but probably the earliest surviving version. As far as I can tell, it is actually the 6th version of the book. END_OF_DOCUMENT_TOKEN_TO_BE_REPLACED