(3/10) In a nutshell: Schizophrenic British comedy/crime drama based on a huge futuristic flying boat. Cringeworthy comedy is mixed with witness drama that manages to be both improbable and generic. Good acting and a steady directing hand saves the film. 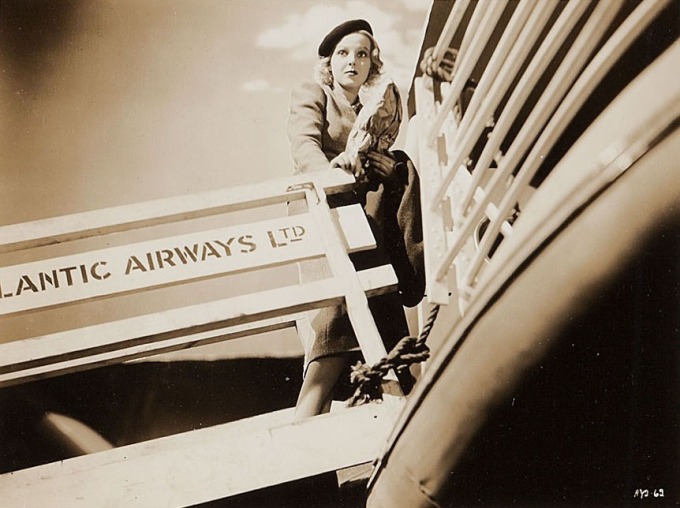 Non-Stop New York is science fiction only by the breadth of a hair. In fact, it is a hitchcockian crime melodrama dressed up as a comedy located on a giant Trans-Atlantic flying boat. Flying boats were indeed a reality at the time when the film was released in 1937 – and it is set in the futuristic 1938. But few planes of any decent size at the time were able to make a direct Trans-Atlantic flight from London to New York, as this big luxury liner, neither was there any regular commercial overseas traffic. The plane pictured in the film is more like a flying hotel with spacious cabins, dining halls and even outdoor observation decks. END_OF_DOCUMENT_TOKEN_TO_BE_REPLACED

(7/10) In a nutshell: This rare British sci-fi horror film from 1936 is a tad formulaic, as it rides on Boris Karloff’s mad scientist fame, but it is certainly better written, acted and directed than the abysmal Columbia films he would get stuck in later. Great actors and a very witty dialogue help Karloff do one of his best film appearances.

Anna Lee and Boris Karloff are outstanding in the 1936 mad scientist film The Man Who Changed His Mind.

As the American mad scientist films slowly waned in quality, and Universal shut down their horror film production for at few years, the Brits came to the rescue with The Man Who Changed His Mind (released as The Man Who Lived Again in the US). The filming saw Boris Karloff back home in Britain for the first time after his tremendous success with Frankenstein (1931, review), and the change of scenery seems to have done him good, as he delivers one of his best performances, surrounded by a superb co-cast and working from a fast-paced, funny and witty script. END_OF_DOCUMENT_TOKEN_TO_BE_REPLACED